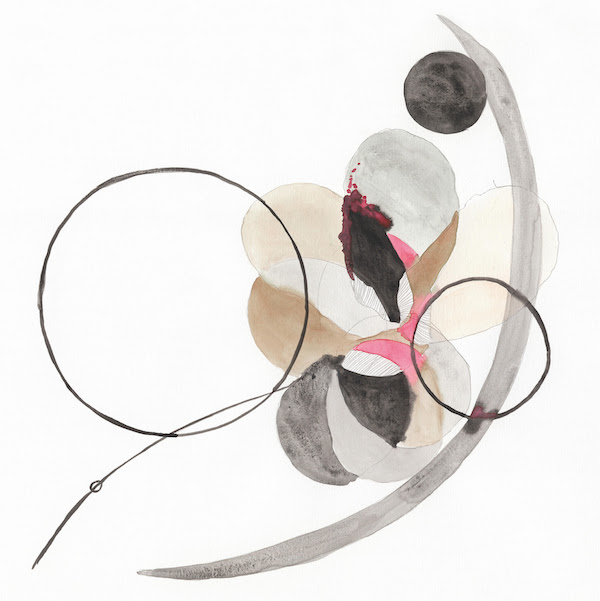 Compared to other 1990s one-hit wonders, Nada Surf’s career trajectory has been an interesting one. They came in big in the summer of 1996 with their Ric Ocasek-produced MTV hit “Popular,” an acerbic song with a big chorus that found the New York City trio (now a four-piece) raking in a good bit of money for their major-label, Elektra. The song’s success was ultimately at the expense of their sophomore album, 1998’s The Proximity Effect, which, despite having enough palatable Replacements-lite power-pop cuts in hindsight, did not contain a track that scratched Elektra’s itch for another college radio hit. The label’s nixing of the band opened the door for a few years of day jobs and, eventually, Barsuk Records, home to indie up-and-comers like Death Cab For Cutie and Rilo Kiley. Starting with 2002’s exceptional Let Go, things have been fairly consistent for the band. Their sound developed in a direction away from the caustic, feedback-drunk irony that was the calling-card of 1990s rock into sincere, lush, jangly pop music, a sound which they have more or less stuck with since.

In that regard, their latest album Never Not Together is not entirely different from anything they’ve released in the past 15 years; it is not a massive stylistic jump or sonic experiment, nor a defining opus from a band that has been at it for 25 years. Certain lyrical adjustments aside, it could have been released in the place of Let Go and fit in quite nicely in the milieu of 2002. Nada Surf’s gift has never laid in sonic excursions, but in tightening their craft as songwriters, performers of rich power-pop that matures with the band and their audience. Never Not Together triumphs in that area in spades, giving us an album that is somehow both their most compact and their most full-bodied collection of songs in a good while.

The opening track, and first single, “So Much Love,” fades in with pretty acoustic guitars and a sprinkle of piano; this sweet, delicate pop rock track is somewhat par for the course for Nada Surf at this point, and begins the album nicely with a safe air of familiarity before taking off with “Come Get Me,” a good dash of floaty jangle pop a la Jayhawks, interspersed with lines of moog synth that plays like something from Summerteeth-era Wilco. “Just Wait” finds its infectiousness in a more straightforward, hooky fashion, almost fitted perfectly for radio with its four-chord opening over swelling keyboard and strings. Despite being the most simple, straightforward track on the album, “Just Wait” also feels like the turning point on the album, as the tracks that fill the second half are filled with a wider variance in arrangement and style. “Something I Should Do” is an upbeat rocker that employs spoken word in a way that might be enough to hook those who are looking for another “Popular”; what’s missing is the caustic tone, as Matthew Caws says “And we have to hold onto that hippie point harder/Empathy is good, lack of empathy is bad,” going for the post-Elektra sincerity he has taken to. “Looking For You” opens with a children’s choir that seems to be singing about insomnia before working itself towards a fantastic build with the hopeful message that “what you’re looking for’s looking for you, too.”

The strongest moment on the album comes with “Mathilda”, a 6 minute track that is almost broken down in 3 different suites. “They used to call me Mathilda,” Caws sings over a simple folksy melody. “My mama kept my hair long. I was more pretty than handsome, and I was not very strong.” This exploration of self-hatred learned from societal standards forays from reverb-washed arpeggio to overdriven power chords before settling into a Paul Simonesque folk-pop outro movement. “There’s a special hell that we build for ourselves, and it’s handed down in homes and playgrounds,” he sings. Within most of the lyricism lies this desire to love others, a sort of humanistic vision of neighbourliness. Nada Surf have always taken a more direct approach to lyricism whether that be in the overt sarcasm of “Popular,” the vitriolic damnation of toxic masculinity in “Mothers Day,” or the wistful longing of “Inside Of Love.” Caws and company channel this more towards sharing wisdom, altruism and acceptance in these woefully, absurdly divisive times. People looking for more extended metaphors, witty wordplay or crypticism may want to wait for the next Stephen Malkmus & the Jicks album. Otherwise, the marriage of honesty and innocence is refreshing in its own way.

Seeing Nada Surf in concert these days, you’ll never see them wince when they play “Popular” the way Radiohead might when dusting off “Creep”. There is no desire from the band to divorce themselves from their novice work. But while other 90s one-hit wonders may also attempt to recreate their biggest hits, Nada Surf continues to strive to mature; not through sweeping experiments, but through small steps towards crafting perfect songs. Never Not Together has the feeling of meeting up with an old friend over coffee. There is always that familiarity that doesn’t preclude the growth from being noticed. And in a world that seems to get noisier as time goes on, that might be the kind of detoxing we’ve been looking for.