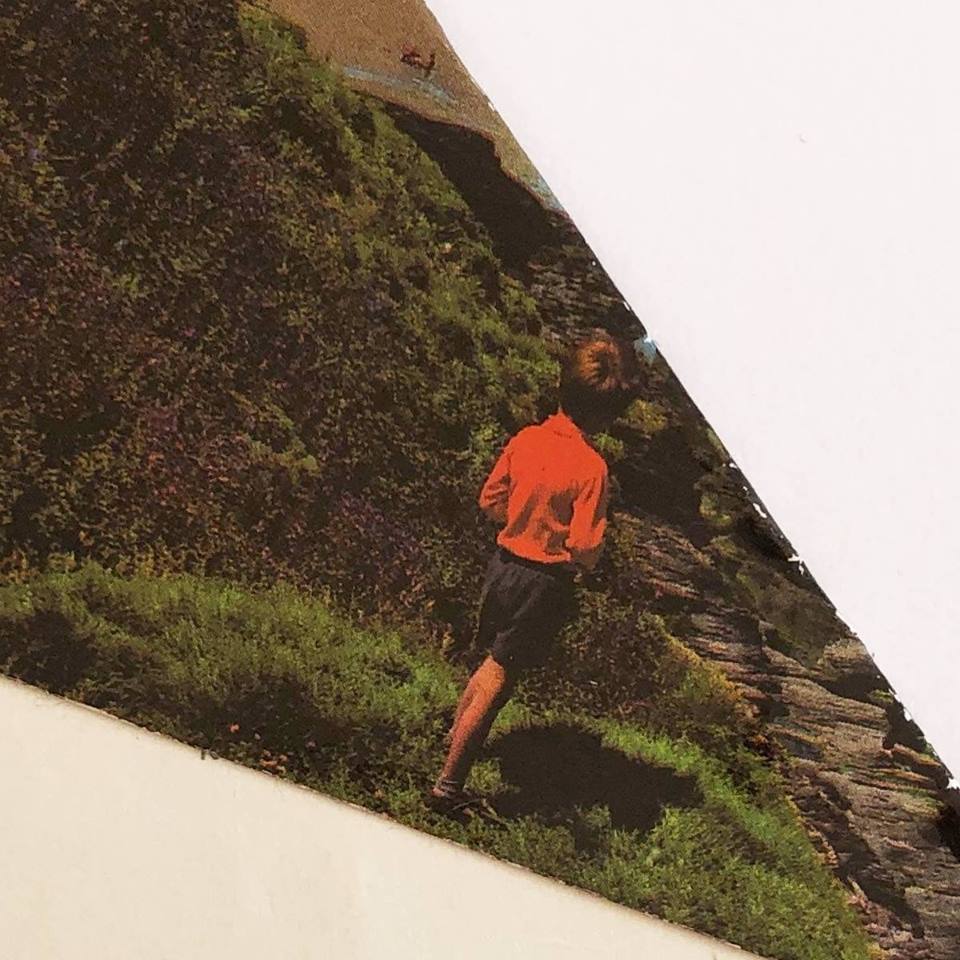 “Reveal and conceal, appearance and disappearance, these words are key to the thinking behind this work and link to my fascination with Roland Barthes’ concept of the ‘seam’. Barthes describes the seam as being the site of both loss and of desire. I am interested in playing with the tension of the edge or seam by working with folding to collage” – Rebecca Loweth, collage artist

Outside of collage artists and seamstresses, not many people give much thought to the meaning of seams. But such a seemingly simple thing is pregnant with symbolic meaning. As Loweth points out, as a piece folds it enters a cycle of appearance and disappearance: part of the original disappears behind the crease and what remains visible now appears different. Likewise as two things are sowed together the seam marks both the edges of each original part and also, literally and symbolically, the melding of the two pieces into one new piece. Appearance and disappearance. Loss and desire. The old and the new.

It’s appropriate that Jay Sunaway would take inspiration from Loweth’s approach, in many ways it mirrors their own artistic journey. In 2018 the London space-folk outfit released their debut EP Earth Hum, a mesmerizing album centered on modern life and technology in a present world that seems to thrust itself constantly into the future. Now on their 2019 followup Sparrowfeather, they focus instead on the past, invoking natural images to explore the themes of place, history, and memories. Just like Loweth, Jay Sunaway choose to live their creative lives on the seam, using their music to explore the tensions between a modern, ever-evolving world, and the world of memories and places that gave birth to it.

If this all sounds a bit heady for you, don’t worry, despite it’s wide-reaching and meandering lyrical themes Sparrowfeather is a very accessible EP that any folk fan will love. It’s also simply gorgeous. Behind Joe Woods’ elegant finger picked guitar lines and reflective lyrics is a fully fleshed out world of reverby harmonies, lush string arrangements, and strikingly dynamic bass lines. Jay Sunaway shift effortlessly between hushed “one guitar, one voice” folk and groovy full band alt-folk crescendos, sometimes throwing in key and tempo changes along the way for good measure. In all it sounds vaguely like The Decemberists, but if Sufjan Stevens composed the EP for Colin Meloy and told him to tone down the medieval peasant ramblings. It has the same hyper-literate appeal, but with a more universal message and a much more ethereal soundscape.

Check out this stunning new EP when it releases officially this Fall through Upcycled Sounds, and stream the first two singles Rocks and Kittiwake Cry below.