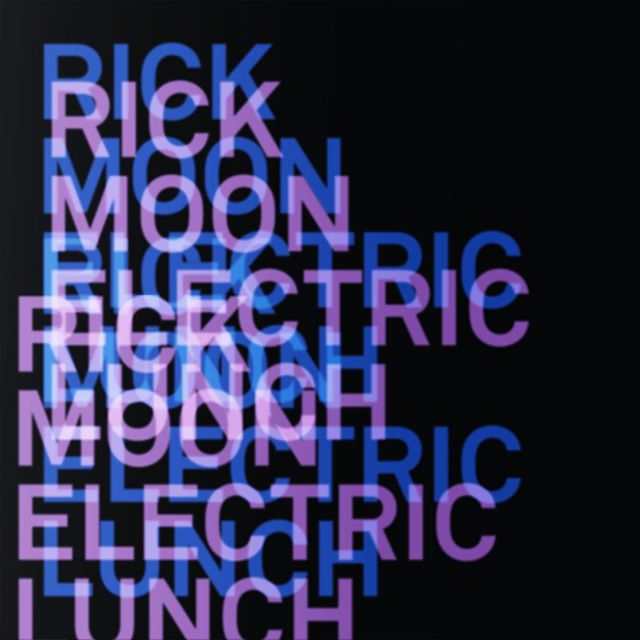 Rick Moon is in a world all his own. The talented Miami power-popper has been quietly putting together his own unique brand of fantastical indie rock since 2012, blending and modernizing sounds inspired by the likes of Harry Nilsson, The Beatles, XTC, and Grizzly Bear to name a few. Over the course of three EPs he’s slowly and steadily made a name for himself in Miami as both a songwriter and a producer, living out a passion for music that led him mainland from his birth home in Ponce, Puerto Rico as a college student. His newest effort, Electric Lunch, is his strongest to date, a surreal seven track EP with a near cinematic scope.

Anyone can make a paltry attempt at atmosphere with a guitar and reverb pedal, but Rick Moon doesn’t take shortcuts. Instead he painstakingly crafts each song to fill space in various inventive ways, using layers of synth, piano, electric and acoustic guitar, understated samples, and most importantly: walls of harmonies. The result is a rich sonic palette that rushes out to immerse the listener like a wave to the shore. It’s almost the musical equivalent to Willie Wonka’s Chocolate Factory, the entire EP exists in it’s own lush, imaginative world of sound. This dreamlike quality is only reinforced by Rick Moon’s voice, which even without bolstering from multiple layers of harmonies has a sort of otherworldly quality to it.

Once you get beyond the atmosphere, a lot of the songs on Electric Lunch are also catchy and fun. Perhaps the best example is the mid-album standout Public Joke, a somewhat self-deprecating song about the spectacle of social media with garage rock riffs that call to mind Beck’s 90s material. Immediately following it is the whimsical Deadline with it’s flowing chorus and vibrant string arrangements; a song that somehow manages to remain a pop song even with loads of tempo, groove, and key changes. Even the much more low-key Goodbye has a recognizable Beatles pop charm to its almost barbershop hook.

The make or break part of the album for most listeners, however, will probably be the lyrics. Keeping true to the dream-world feel of the album, there is a certain whimsy to Moon’s vocal style that turns even his most direct lines into something that feels imaginary. He also has plenty of lines, especially in Magic Pity and Goodbye, that actually are just in the fantastical realm. While this definitely fits the vibe of his art, there is a certain hokeyness about it that makes it feel a little divorced from reality. For some this will be no issue at all. It certainly doesn’t take away from Moon’s greater artistic vision, but it does require some level of intentional suspension of belief, which unfortunately will make it less palatable to a large group of listeners.

If you are willing to suspend your belief, however, your reward is entry into Rick Moon’s world of imagination, and that is absolutely a reward worth seeking. Electric Lunch is a beautiful escape into something grander, something expansive, something undeniably other. Let your childhood curiosity free and experience it today, you won’t regret it.