New music from Of Monsters & Men kicks off this week’s indie and alternative packed single sampler. 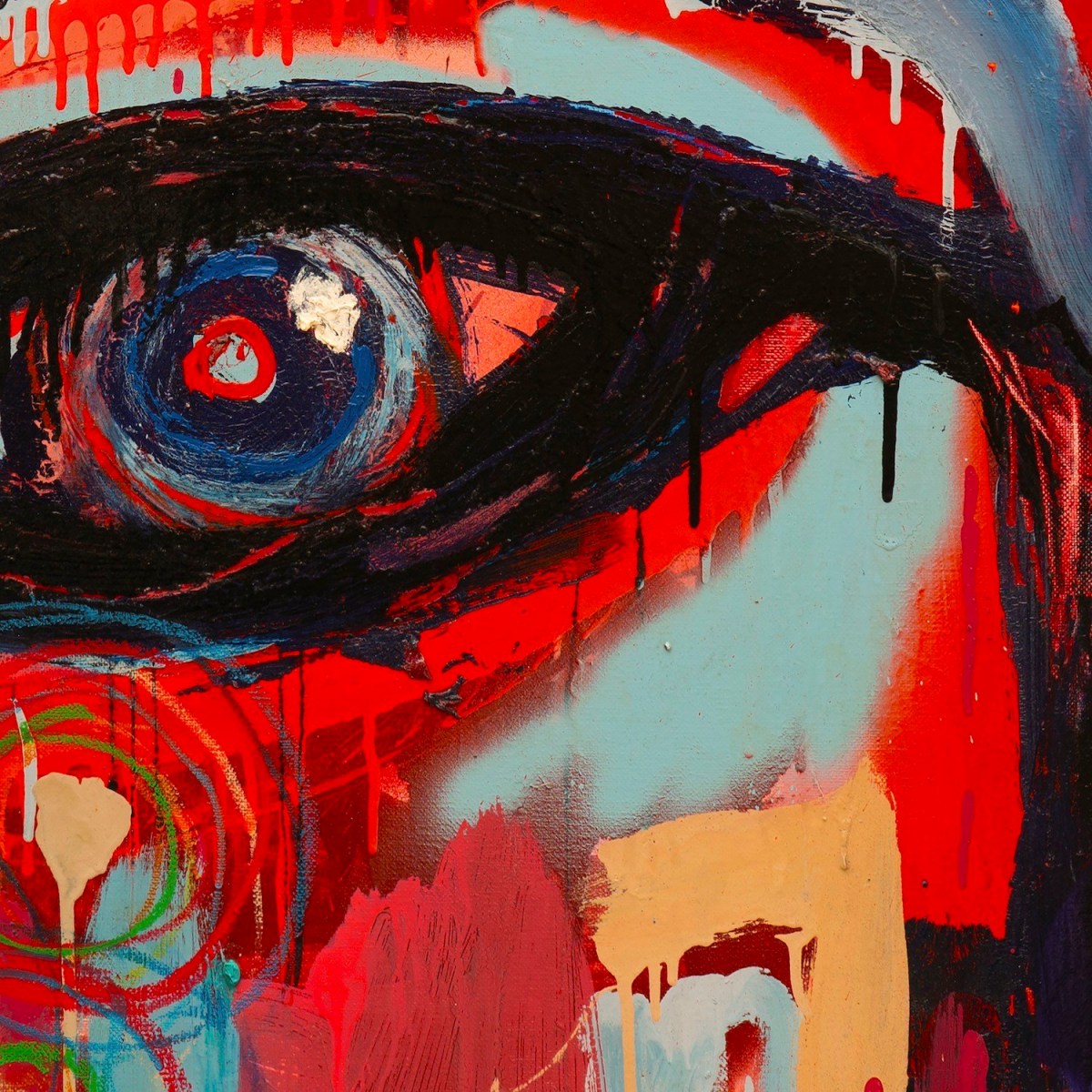 New music from Of Monsters and Men kicks off this week’s indie and alternative packed single sampler.

Alligator by Of Monsters and Men

It’s hard to believe that Of Monsters and Men has already been around for a decade. The Icelandic indie folk/rock/pop act has been making steady waves since 2011, when their first single Little Talks got picked up by then prominent Philadelphia Radio 104.5, a lucky break that propelled the band to international name recognition. Both Little Talks and the album it came from, My Head is an Animal, went number one in Iceland and the latter debuted at number 6 in the U.S. The album has since been certified platinum. Since that fateful debut, they’ve shown no real signs of slowing down. Their sophomore effort Beneath the Skin debuted at number three and earned them their first Grammy nomination, as well as TV appearances, a spot at Coachella, and the honor of being the first Icelandic artist to cross 1 billion streams on Spotify. Now four years later, Of Monsters and Men are back for round three with Fever Dream and its dynamic first single Alligator. Alligator has everything we’ve come to expect from the band: a lush enveloping soundscape, an immediately catchy stadium chorus and a bonus equally catchy bridge all wrapped together with the crisp indie-pop production that has been a staple of their sound since the onset. But this single also veers into some new territory for the band, namely a rhythmic, electric guitar driven “breakdown” in each post-chorus. It’s a choice almost reminiscent of Scottish arena rock icons Biffy Clyro and certainly the most “rock” thing Of Monsters and Men has gone for during their recent slide into more alternative sounds. It will be interesting to see if this new theme carries through the rest of Fever Dream when it officially releases July 26.

Find Me Out by Ronjo V

Austin’s Ronjo V are putting their own spin on a long tradition of meat n’ potatoes alternative in the line of Beck and early Wilco. Their newest single, Find Me Out, is a clinic on dynamic movement and layering; shifting between acoustic led rhythms, creamy leads, punchy electric chords, and tactful blues riffs that are both impressive and purposely understated. In fact “understated” is probably the best descriptor for Ronjo V’s whole operation. Nothing draws undue attention to itself, which often masks the fact that there’s actually a decent bit going on at all times, whether it be overlapping guitar leads in the latter parts of the verses or a subtle tambourine in the chorus. This creates a sensation of movement that is felt without always being heard and it also opens up exactly the amount of space needed to let the listener focus on what lead songwriter Ryan Joseph wants them to hear. And once he has your undivided attention Joseph doesn’t disappoint. A falsetto harmony marks a succinct, ear catching pre-chorus, before hitting an absolutely killer chorus that would have been guaranteed radio fodder ten years ago when alternative radio still played alt-rock. This is broken up by not one, but two guitar instrumentals, the first a plodding riff with vaguely Spanish undertones in the bridge, and the second a bluesy accent solo in the outro that calls to mind The Eagles. All in all, Find Me Out is a must hear for alternative fans as well as indie-rock aficionados looking for a little more rock in their indie; a stand out new single from a promising young project.

Anthem For the Weak by The Harmaleighs

Haley Grant is battling depression her own way. She is the lead songwriter for the emotive Nashville folk duo The Harmaleighs, alongside her compatriot and bassist Kaylee Jasperson, and like many other artists who struggle with depression, she is using her creativity as both a platform of expression and a weapon in the chemical war inside her head. Though many other artists have used creation as an outlet for processing their mental health, the way Grant goes about it is uniquely her own. The Harmaleighs’ new album She Won’t Make Sense, due out on August 2nd, is a conversation between Grant and her personified depression, which she names Susan. As the album goes on, Grant and Susan engage in a struggle for control, culminating in the final song I Don’t Know Myself which begs the question: “do the darkest parts of ourselves make us who we are?” On the opposite end of the album sits the most recent single, opener Anthem For the Weak, a dusty, melancholy folk song with cutting lyricism reminiscent of rising indie star Phoebe Bridgers. The song is a sonic departure for the duo, delving further into full-band soundscapes than their prior brand of sparse pop folk, and it pays off dramatically. The airy synth sounds, subtle organ, delay-heavy drums, and selectively used slide guitar create an atmosphere that captures the emotional unease and distance of depression to a tee, without delving too far into the soul-crushing existentialism typical of the subject matter. Instead Grant’s lyrics dance through light, catchy pop melodies that stick on the first listen, and they do so without compromising any of the desired impact. For these reasons The Harmaleighs’ impending album is one of our most anticipated releases of August.

I Don’t Wanna Take Too Much by The Brazen Youth

I’ve often heard it said, especially of music, that there is nothing new under the sun. The Brazen Youth are simultaneously the biggest proof and the biggest challenge to this notion. Formed in a 300-year-old farmhouse in rural Connecticut by middle school friends Nicholas Lussier and Charlie Dahlke, The Brazen Youth’s earthy, folksy, roots rock is filled with familiar tones, feels, and motifs. There’s the old raggedy piano, the sharp honk of the blues guitar, the shriek of the organ, and the storytelling lyricism, one part personal narrative and one part esoteric wanderings like many of the great songwriters that came before them. But somehow the music that they create is wholly their own, defying any apt comparison and masking any direct influences the songwriting duo may have had. The result is something incredibly rare: a sound that pulls you in with familiarity, but keeps you interested with unpredictable mystique. It’s as if The Brazen Youth have tapped into something beyond themselves, a living history much like their beloved farmhouse, something timeless and packed with nondescript emotional power. This distinct feeling is only hammered home by mystical lyrics like “I’d like to harness the most divine state” and “one collective human body/ 15 billion eyes just belonging to somebody.” It’s the kind of song that puts you in its own state of being, and when it’s over you can’t help but want to experience more. Unfortunately, you’ll have to wait until September 19 to hear the rest of their new EP 15 Billion Eyes, but in the meantime you can continue to cultivate your longing by playing I Don’t Wanna Take Too Much on repeat.

Steven Bowers’ brand of folk music combines the storytelling tradition of writers like Jason Isbell, Ryan Adams, and John K. Samson with a larger than life, cinematic kind of spirit. His latest, Just You, takes on a almost post-apocalyptic type of character, not the violent and future-western apocalypse of Mad Max, but a reflective and emotionally present take on what is lost and the almost spiritual journey to reclaim it. “I wanted you when we were strangers/ then one you were coming over/ suddenly twenty, thirty years are going by.” But as time dissolves and takes with it its victims, Bowers pushes back in a triumphant flourish: “so build a fire from whatever kindling you can find/ when all the world is ending/ and it’s beginning all the time/ no goodbyes, no goodbyes/ polar bear looking for the ice/ Frankenstein waiting for the lightning/ one day your heart will reanimate/ just you wait.” Supporting his vivid images are swelling guitar, lush piano, stadium toms, and layers of harmonies whisping ethereally in the background. The result is a song bursting at the seems with emotion, dramatized enough to draw out a powerful reaction but realistic enough to still be real-world relatable, equally perfect for the climactic ending to an indie film or for listening while staring at the rain out your bedroom window.