IGOR represents a new creative high for Tyler, The Creator. 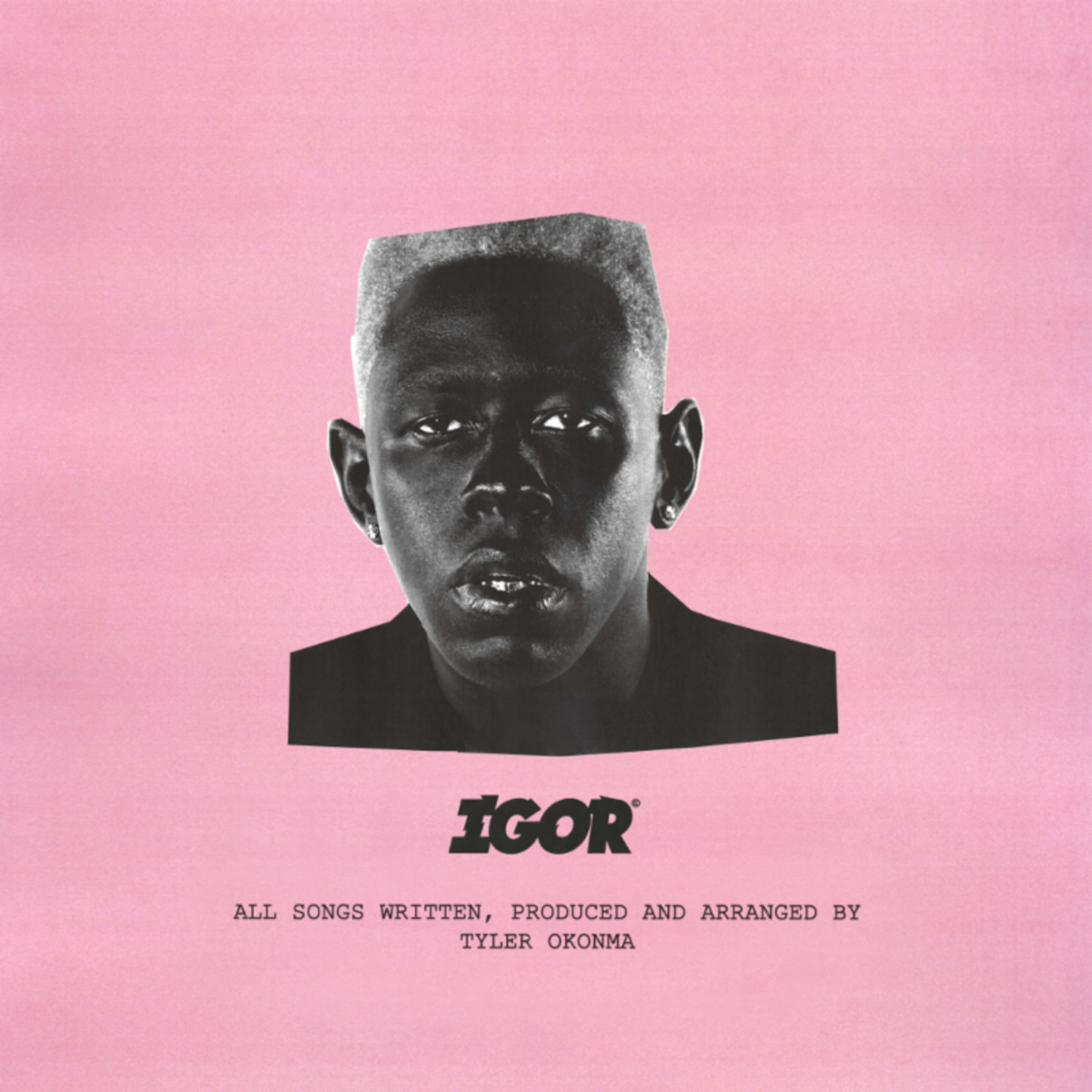 Tyler, The Creator made a name for himself in the 2000’s with his shock-rap verses, bars so intense that he became a household name while also getting himself banned in England.  Odd Future (shortened from Odd Future Wolf Gang Kill Them All) was truly the Sex Pistols of rap music, an outsider crew of young, irreverent guys with a big, harsh sound, and even bigger goals.  Their crew has yielded now legendary solo-careers with Frank Ocean and Earl Sweatshirt becoming some of the most critically acclaimed musical artists of the modern era, but Tyler, The Creator has always held a different pace.  While his first three official solo albums yielded a similarly harsh, punky attitude to his work in Odd Future, his 2017 release Flower Boy showed a new, sensitive side to Tyler.  No longer hiding behind his bad-boy image, he showcased the sensitive should he always has been, rather than hiding behind his persona.  Flower Boy proved to be his most successful album to date, until the arrival of IGOR a few weeks ago.

In many ways, IGOR feels like a natural progression from Flower Boy.  Many of the production elements remain the same: the melodic synths, the lush, gospel-inspired chords and emotionally raw lyrics.  The difference here is that he no longer constrains himself to a rap-image.  He proclaimed via social media that this would not be a “rap album.”  It is, but only loosely.  The first single, and early highlight of the album “EARFQUAKE” features pitched-up vocals, similar to Frank Ocean’s “Nikes,” in which Tyler sings for the entirety of the track.  Later tracks also feature this vocal style; Tyler sings nearly as much as he raps on this record.  The result is his most melodic-release to date.

That is not to say that he does not have good bars on IGOR.  “RUNNING OUT OF TIME” has an incredibly catchy verse amidst the pitched-up vocals, with his classic punchy flow.  The following track “NEW MAGIC WAND” will please many Odd Future fans with the distorted synth-bass and lo-fi beat, although even here, his rapping is more melodically driven than it was on previous releases.  Over all, fans of his work on Goblin or Bastard might be underwhelmed, but that is not for lack of artistic prowess; it’s just a different style.

Although IGOR is most clearly linked with Flower Boy, it is important to note that it is a distinct album.  Whereas the later adhered mainly to traditional song-structures, IGOR songs rarely follow a verse/chorus progression.  The songs are often short, but at the same time sprawling.  They are not traditional, and show-case Tyler’s visionary capabilities as an artist who can think out of the pop of the pop sphere, while still having mainstream appeal.  The record will (and does; it’s his first number-one album) have pop-appeal, but the impressive thing is that he thinks outside of the box to do so.

Lyrically, IGOR is focused around the formation and destruction of a significant romantic relationship.  It is a break-up album to the max, but rather than be soft and whiny, it is at times angry, harsh, and mournful, but above all, catchy.  Tyler is not afraid to where his influences on his sleeve.  “I THINK” sounds like it could’ve been on 808s & Heartbreak, and Kanye is even featured on “PUPPET.”  The features on the album mostly take a supporting role, but are all positioned in a way that feels purposeful.

IGOR represents a new creative high for Tyler, The Creator.  He continues to experiment to great success.  It’s amazing to think how one group yielded some of the greatest popular artists of recent decades.  IGOR firmly places Tyler in this tier, as he continues to grow and develop.

Ian has been a music lover since age 10, when he first heard "I Want You Back" by the Jackson 5. In his adult life, he has been actively involved in the Pittsburgh area DIY scene, and currently plays bass in Dolysods. He has a bachelor's degree in English literature from Geneva College, and received his Master of Arts In Teaching English at The University of Pittsburgh. He currently teaches English in Virginia. View all posts by Ian Miller, Editor