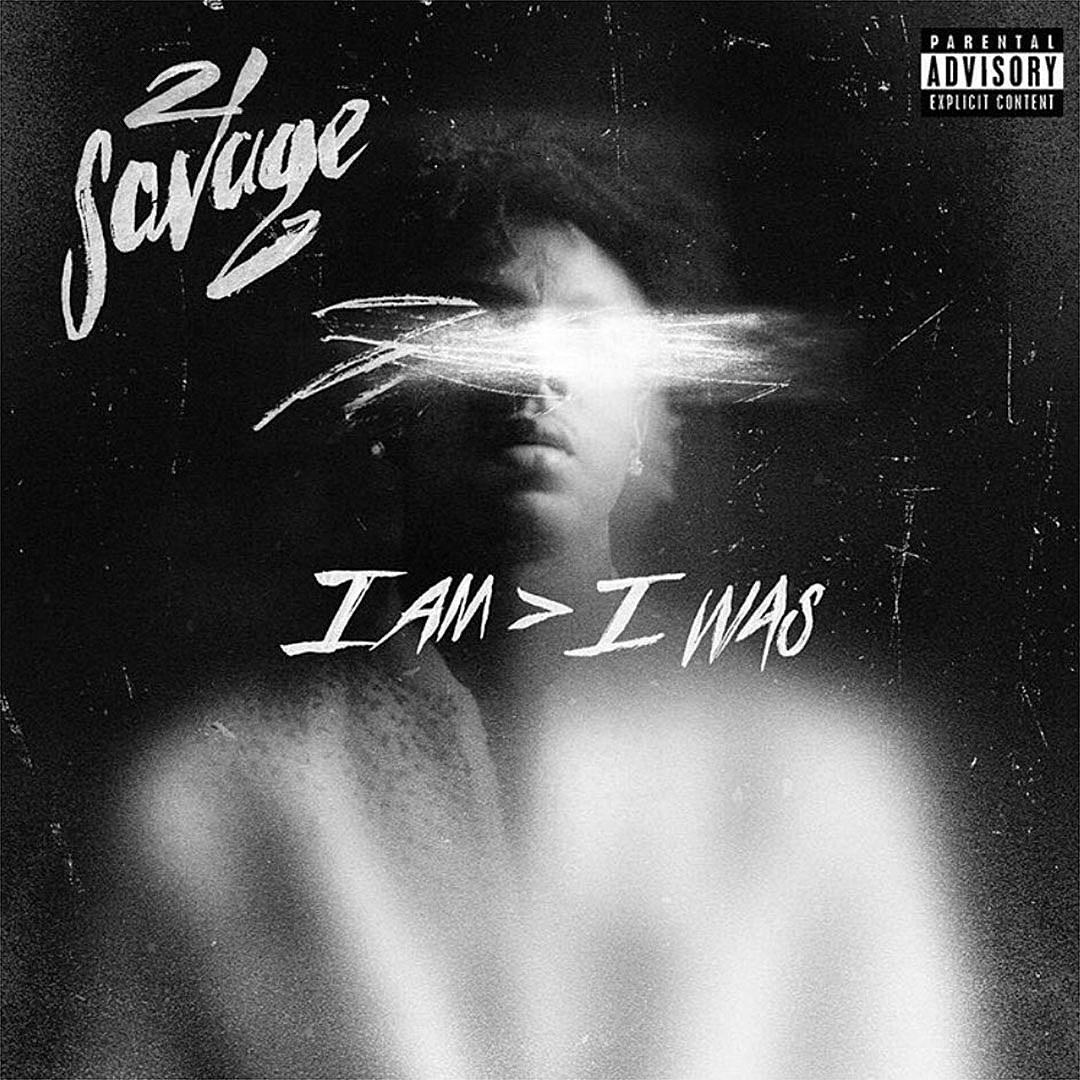 Popularized largely as the result of his work with producer Metro Boomin in the later part of the decade, 21 Savage is one of the Atlanta trap scene’s up and coming stars, and he comes out swinging for the fences on his December release.  This is a guy who wants to prove that he’s not just a fad or free loader riding on the capes of his contemporaries.  For the most part, his sophomore album i am > i was succeeds at this goal, solidifying him for the time being as one of the stronger members in the mainstream trap scene.

My favorite aspect of 21 Savage’s sound is his singular voice.  It’s hard, but also strangely soothing.  Unlike other comparable artists like Future or Travis Scott, he rarely employs auto-tune in his music, or he does so more sparingly; he sounds much more natural than most for the style of music that he makes.  He is cool and confident; he sounds streetwise, but above all real.  21 and his producers recognizes this strength and capitalizes on it.

Opening track “a lot” is the perfect intro and example of this.  It’s smooth and easy, with laid back beats and a melodic soul sample that carries the listener effortlessly into the record; it’s the type of song you would hear cruising with the top down on a breezy day.  Although the lyrics are stereotypically hip-hop (how much money you got / how much money you got / how much money you got) in a braggadocios sense, it’s not distracting because it’s not anything you wouldn’t expect.  If you’re listening to 21, you’re probably there because you like rap, and are used to these tropes.  The trend continues throughout the rest of the album, in the sense that the lyrics do not break into any new territory and sometimes border on cliché, but it’s ultimately okay because that’s not why anyone listens to 21 Savage anyway.

Where the record succeeds is in providing hot trap anthems to soundtrack your parties and car rides.  Taken at face value this may denote a weak album, but that’s not what I’m trying to say.  Sometimes you just want a solid album to have fun with and turn up to with your friends, and there’s nothing wrong with that.  i am > i was is just that.  It illustrates the growth of an artist over time in terms of providing a more fully developed image, which establishes him as a star to keep an eye on as his career develops.

For info on how we score albums see Our Rating Scale