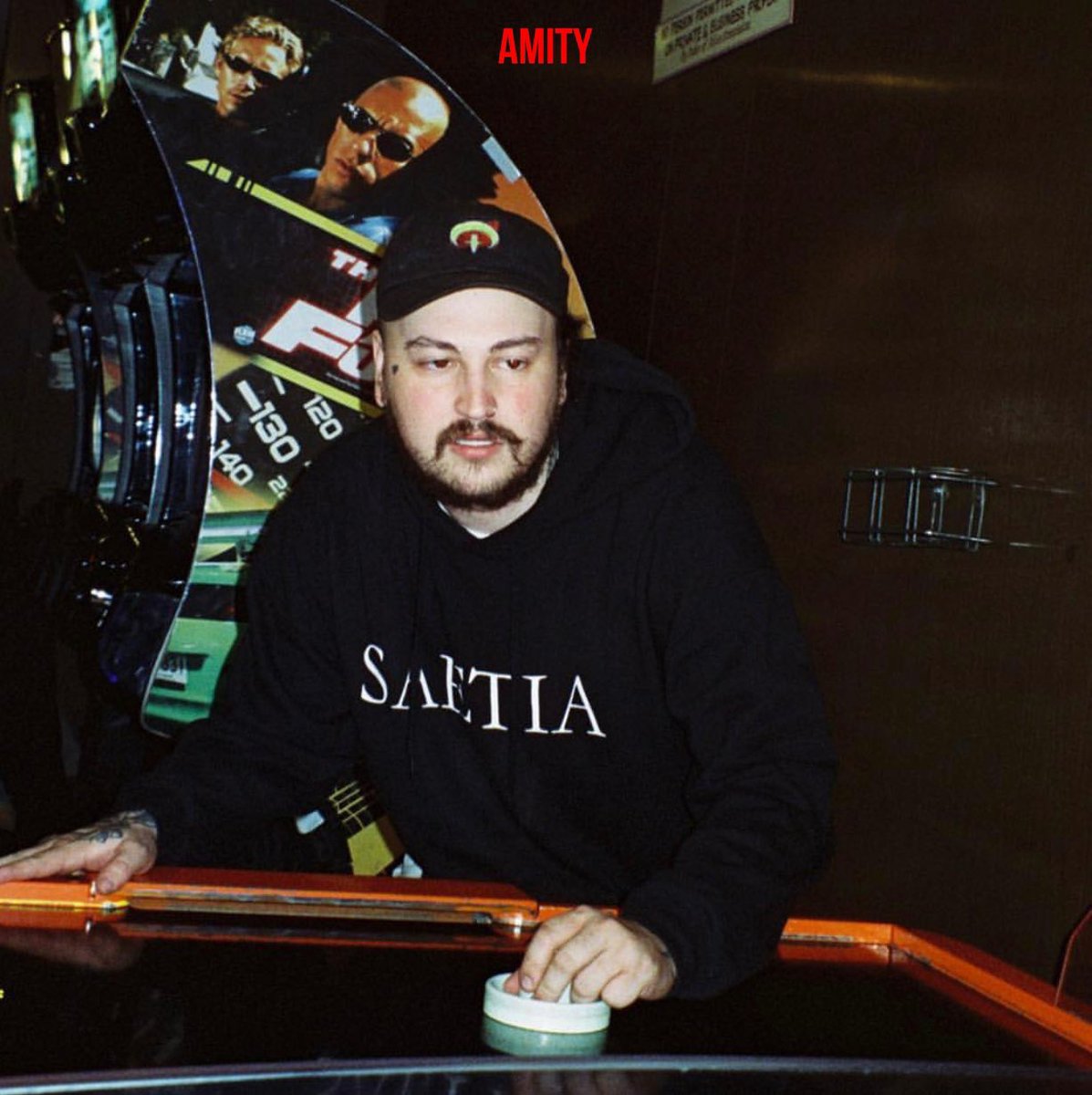 Indie hip-hop icon Nedarb Nagrom is arguably one of the most influential people in the underground scene. Even if you don’t know the name, you’ve probably heard his music if you’ve ever opened the soundcloud app. Not only has he served as the producer of big-name artists such as Lil Peep, but he is also a member of emo hip-hop supergroup Misery Club, not to mention the cult-famous Goth Boi Clique. Ned has become somewhat of a tastemaker, breaking artists and connecting with people that have genuine star-power. Part of this comes from his love of hip-hop and emo culture, which shines through on his solo debut Amity.

Amity is a banger. The production doesn’t stray far from Ned’s usual sound, featuring pulsating 808s, plenty of lo-fi high hats, and dark synth textures that are the staple of most trap music. The first section of the album showcases Ned’s emo-rap style that he’s helped create. The songs feature many of his usual collaborators from the Goth Boi Clique crew and associates: Wicca Phase Springs Eternal, Lil Tracy, Horsehead, Mackned, and fellow Misery Club members Lil Zubin and Fantasy Camp among many others.

Album highlight “Feeling” (feat. Horse Head, Lil Lotus, and Jon Simmons) encapsulates the emo aspect of Ned’s sound very well. The track begins with a lo-fi guitar sample, calling to mind the pop-punk ballads of the mid-2000s. In comes Horse Head with a bubblegum pop-punk melody for the hook, almost fooling you into thinking you’re listening to a pop-punk record, but when Lil Lotus takes over the verse and the hi hats and drums kick in, you remember that it’s 2019 and not 2009. It sounds very punk (in a 2020s way), and hilariously emo.

Nedarb switches gears around the middle of the album, opting for a real rap sound. The juxtaposition is a tad bit jarring, but still works because of the similarity in the production choices. The guitar samples are absent, but the lo-fi beats and booming bass remain. I had never heard anything produced by Nedarb that fell outside of the emo-rap domain, and it was refreshing to hear him do something different, as on the track “2003” (feat. Big Baby Scumbag & Little Pain), dispelling all myths that Nedarb only makes music for sad white kids.

The greatest strength of Amity is the successful combination of emo and rap culture, which many have cringed at.  It is a sound that’s not for everyone. Prior to the 2010’s, the two scenes were often thought to be mutually exclusive. In the mainstream-eye, rap was for the tough and emo was for the sensitive. As someone who has taken a lot of inspiration from both subcultures, it is refreshing to see an artist who successfully resolves the two, showing that they can co-exist in a natural way, like two friends from different neighborhoods just hanging out.

What keeps the album from launching to the next category is its lack of musical diversity. Although it features both emo and rap songs, by the end of its 16 tracks, it can begin to feel a bit monotonous. If there had been a bit more variety, it might make the record more listenable to casual fans. However, this does not keep it from its biggest success: being a celebration of one end of the soundcloud universe from one of the people at the center of it. If anything, this release is further evidence that this brand of hip-hop is here to stay for the next few years.

For info on how we score albums see Our Rating Scale