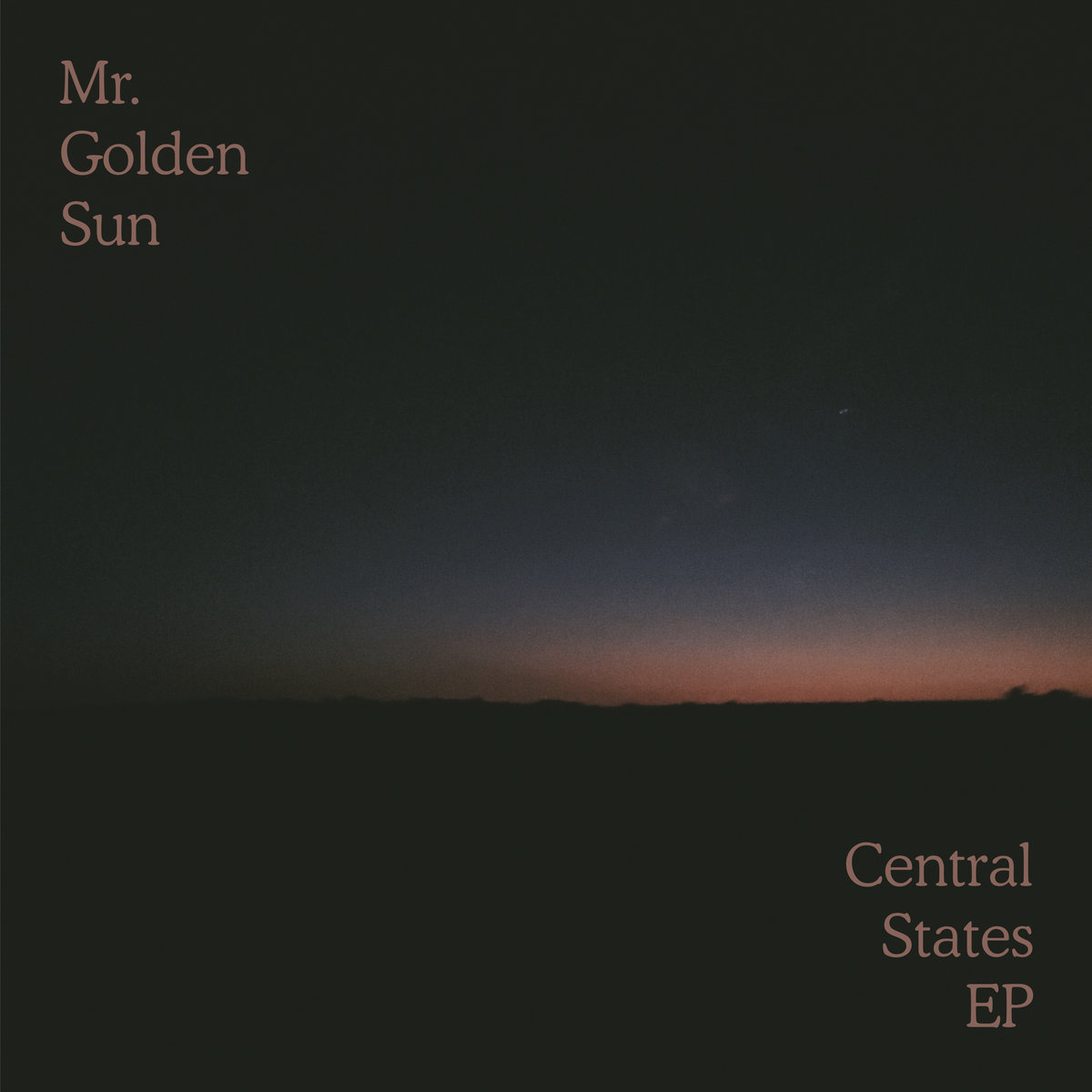 There’s a certain kind of calm that can only be experienced on the open highways of the American Mid-West. Long before the journey takes its toll and the stir-crazy sets in there is a fleeting period of serenity that envelops travelers in this region. For only a moment the passenger chatter dies down, the traffic all but vanishes, and the landscape dissolves into green and brown pastels. The only sound is the rumble of the road. The world ahead looks open and endless. In the same car once filled with hectic energy there is, if only for this moment, peace.

Mr. Golden Sunhails from Kansas City, Missouri, well within the range that this pleasant phenomenon regularly occurs. Perhaps that is why the newest offering from the Matt-Hamer-led folk-rock project, Central States EP, seems to capture and personify that specific mood so perfectly. It’s an EP content to breath easy, immersing you in soft acoustic guitars, soothing melodies, and dreamy, atmospheric production. Make no mistake though; this is not a chilled out, stripped-down mood piece. Rather it stays in steady motion from opener Place & Timeall the way through closer The Comedian, never really gaining or loosing too much momentum, just maintaining a comfortable, sleepy pace; gliding like a car down an empty highway.

It’s fitting then that Central States EP begins with the narrator breaking down on the interstate. Here on the standout track Place and Time, Hamer displays a knack for turning everyday inconvenience into something distinctly romantic. “I was sure when the chorus dropped/ That Kansas City was the will of God” he croons in a song that begins stranded on the shoulder of the highway and ends in a fulfilling marriage. Hamer’s storytelling is one of his strongest points, writing characters that feel real and personal. While rarely overt, there is also a certain spiritual undertone that helps connect each song on the EP, using religious images like “living water” and “pillar of cloud/…pillar of flame” while playing with themes such as rebirth. This helps Hamer frame his songs about everyday life in a loose, but powerful grand narrative. Nowhere is this more evident than in the penultimate track Goldfinches, another clear standout, where Hamer forsakes the slow drive of much of the album for a 6/8 waltz that sees him searching for the spiritual connection between the migration of birds and the language written in his own chest. It’s a track brimming with real yearning, easily relatable whether applied to the concept of God, some vague transcendence, or even just the search for meaning and connectedness.

Central States is not without its weaknesses, however. The consistency of the mood is both one the EP’s greatest strengths and also what keeps it from breaking much in the way of new ground in its genre. In six tracks, only Flyover Country really breaks the sleepy spell cast over the work as a whole, and though the song in isolation is a great track, its vaguely chip-tune synths make it feel just a hair out of place on an album that doesn’t give much context for that particular experiment. That leaves the song in an unfortunate catch twenty-two where it does provide a needed pace-change, but in doing so it also ruptures the immersive atmosphere set up by the tracks both preceding and following it.

All that aside, Central States does what it’s trying to do well. The mood is relaxing and pleasant, the writing is both engaging and thought-provoking, and the instrumentals shine when given their proper spotlight. While it may not be radically ground-breaking, it is still quite good within its folk-rock context and certainly merits a listen the next time you hit that moment of sacred peace on a cross-country road trip. One of the benefits of its mood and genre is that it is widely listenable and enjoyable across demographics, so most anyone can readily find a situation for it. For Mr. Golden Sun it serves as a nice foundation on which to build for the future; a solid first offering from a clearly talented songwriter.

For information on what our album scores mean see:
https://notasound.org/2018/11/01/our-rating-scale/