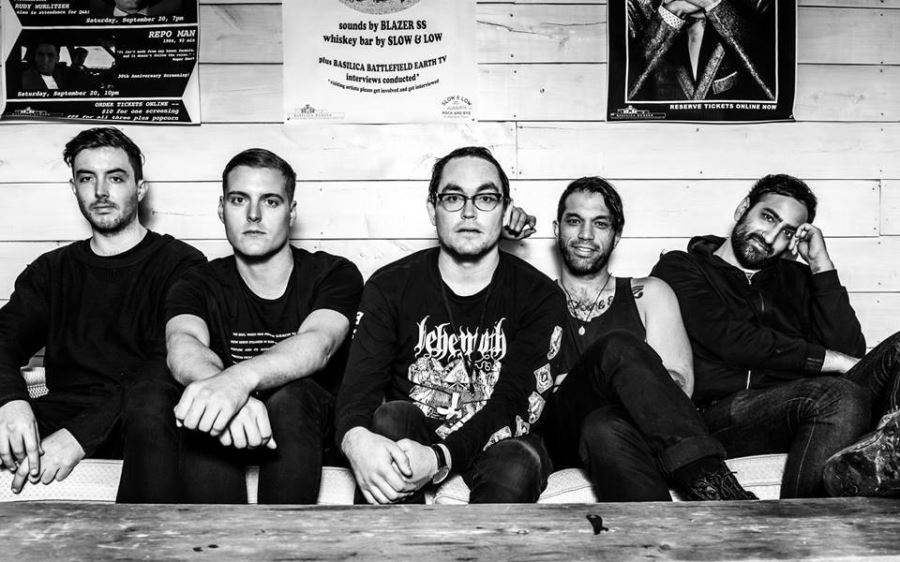 Putting together a “Top Songs of 2018” post felt a little disingenuous for both of us, considering that both of us rarely listen to songs outside of their context in albums, making it hard to put even an approximate ranking to songs as a medium on the year. We’ll leave that kind of analysis to what we’re more familiar with: albums. Instead, here are our completely subjective favorite songs from 2018, we hope you like them as much as we do.

Jeremy Messersmith’s new album “Late Stage Capitalism” was almost one of my picks for most underrated album this year and it is filled with snarky, cynical sing-alongs reminiscent of Father John Misty, but a little hookier and dare I say a little less pretentious. “Happy” is Messersmith at his best, a head-bobbing earworm that is painfully sarcastic, but so upbeat that you can’t help but be cheered up at first listen.  It is the sonic equivalent of skipping through a field of flowers with a huge grin on your face and both middle fingers raised. 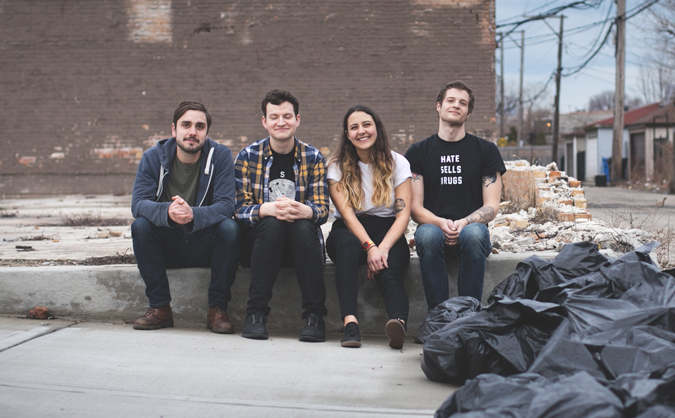 We’ve talked about Slow Mass a lot here at Not a Sound, so I’ll cut to the chase: everything about “On Watch” is good. “Gray Havens” is the first true song on the album and showcases everything the band does well: dramatic dynamic shifts, riffs that make you want to play Guitar Hero II again, and a soaring hook that’ll stick in your head for days. If you, like many people, have never heard Slow Mass before and are even remotely interested in the world of DIY punk music in 2018, this is a song you absolutely should not sleep on.

Speaking of punk and punk-adjacent music, the English band IDLES put out arguably the most fun record of 2018, the aptly named “Joy as an Act of Resistance”, which is loaded with several of my personal favorite tunes. “Television” might be the most aggressively wholesome thing that has ever been recorded, an anthemic arena-punk song decrying Western beauty standards and promoting self-love. From the moment the song starts with the line, “If someone talked to you like you do to you, I’d put their teeth through” vocalist Joe Talbot demands that you love yourself, cascading into a gang shouted, sing-along chorus for the ages: “I go outside and I feel free / ‘Cause I smash mirrors and fuck TV.” Of all the songs on this list, this is the one I find myself coming back to the most.

“Back in Brooklyn” – Half Waif (Synth-Pop) 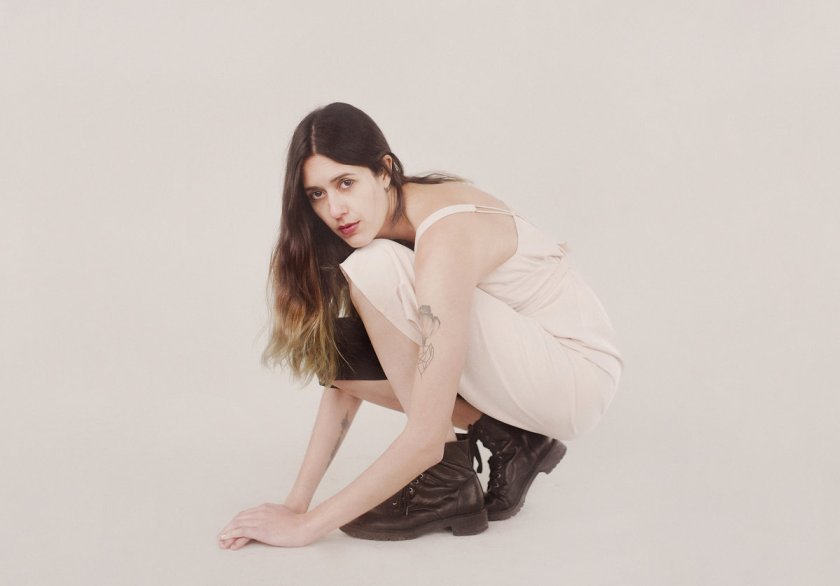 In an age where female songwriters are finally starting to get the credit they deserve alongside their male counterparts, especially in alternative, Nandi Rose Plunkett is still one of the most underrated songwriters of the 2010s. “Back in Brooklyn” is a gorgeous piano ballad that pulls you in with the gentle rise and fall of Plunkett’s trademark soothing vocals. This song, however, has an emotional twist. When she reaches the bridge she reaches to very tip of her range for one of the best melodic moments of 2018 when she sings, “The further away I walk, the more I’m a whisper / Listen for me now / You’ve gotta listen for me know.” For the first and only time on the entire album her usually smooth voices reaches a raspy breakup and the result is a truly moving, tear-inducing climax to an already powerful song.

I will be the first to tell you that I was never a huge fan of The 1975. They were a band that I thought was very talented, but their brand of pop-rock injected with a healthy dose of 80s flavor was never really my cup of tea. If you told me before December started that my favorite song of 2018 would be a The 1975 song I would have outright laughed in your face. Ironically, however, that is exactly what happened. “I Couldn’t Be More in Love” is a 90s RnB throwback that I didn’t know I wanted in 2018, but the soulful crescendo of, “What about THESE FEELINGS I got” made me audibly shout in jubilation the first time I heard it. It’s one of those songs that makes all the right choices from start to finish, landing every money note, hitting every cheeky key change, and even fitting in a guitar solo for good measure. “I Couldn’t Be More in Love” is immediate, emotional, and only gets better with more listens. 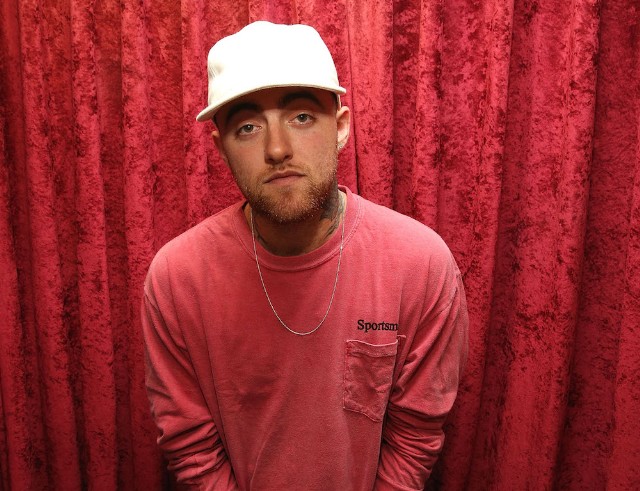 “2009” was one of those songs that hit me exactly in the right moment.  This past August when Swimming was released I was driving with the windows down on my way to pick my brother up from soccer practice, listening to the album for the first time.  Dusk was beginning to fall; I think some slight rain might’ve been forming on the horizon.  The gorgeous string intro began; I turned up the volume slightly, and when Mac spoke the first line, “I don’t need to lie no more,” I was already hooked.  By the end of the last verse when he says, “with these songs I will carry you home / I’m right here when you’re scared and alone,” I had a tear in my eye, hearing the testament of a man who had been through it and came out on the other side to let us know it was going to be okay.  To me, this will always be Mac’s legacy.

“I Thought About Killing You” – Kanye West (hip-hop) 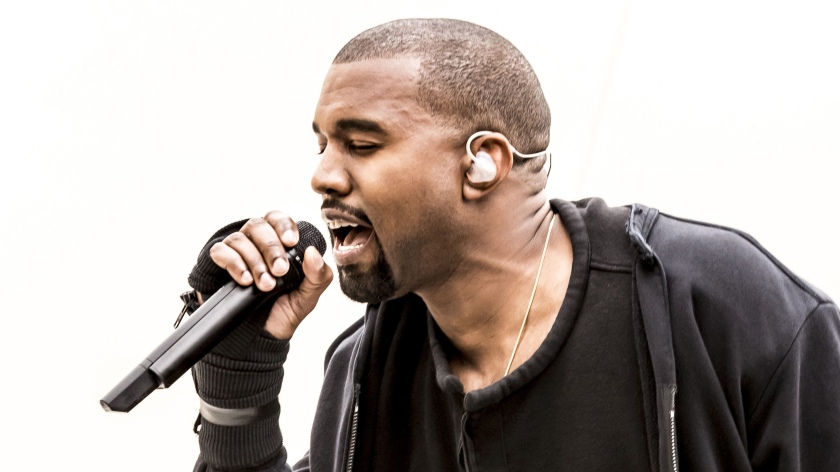 “The most beautiful thoughts are always beside the darkest.”  The first line of Kanye’s self-titled ye summarizes the contradictions that he embodied in 2018.  This album encapsulates evil, guilt, pain, ecstasy, love, and ultimately rebirth in it’s 23 minute runtime.  Although much has happened in the world of Ye since it’s release in June that may call into question what the “rebirth” ultimately amounted to, the album remains an excellent flash-in-a-pan rendering of a moment.  The first track sets the tone, admitting to viscous pride and self-loathing with the refrain, “I love myself way more than I love you / and I think about killing myself / so you best believe I thought about killing you today.”  Also, on a less heavy note, I still crap my pants every time the beat drops. 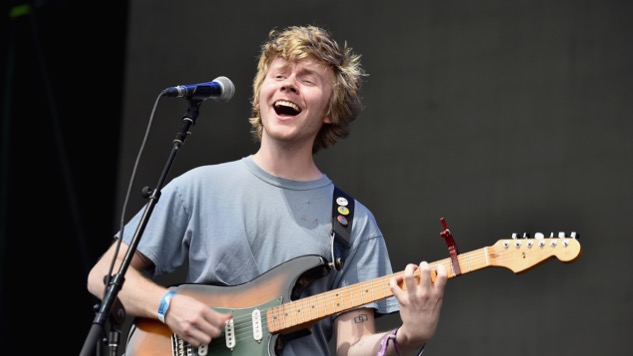 This short track from Pinegrove’s excellent Skylight is a beautiful meditation on a lost relationship.  It seems to be one of the oft-forgotten songs in the first half of the record, which is full of dense writing and linear structure.  What initially caught my attention was the melody – Stephens emotional vocal delivery makes the song, as he sings over the melancholic folk-rock instrumental.  Only later was I struck by the power of the lyrics, “Isn’t it lovely / I’ll never hold you / to all you held me to,” making it stand out over the rest of the album to me, and one of the songs that I have repeatedly gone back to this year.

The concluding track of Sweetener is everything you could want in an Ariana song.  The staccato piano chords, soaring vocal chops, hip-hop influenced beats – it’s all there.  It features a surprisingly unconventional song structure which suits her voice and style, and allows her to shine more than many of her more popular singles that usually get played on the radio.  Ariana is at her strongest when her hip-hop influence shines, and it definitely comes through on this track as she switches between singing and rapping without over doing it.  It gets me going every time. 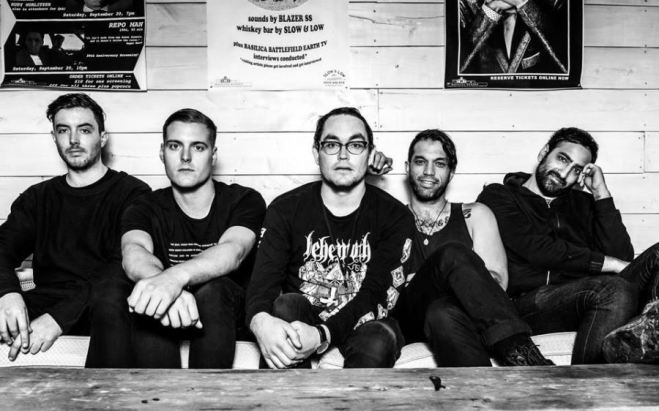 Post-rock influenced black metal band Deafheaven released an album called Ordinary Corrupt Human Love this year, and jeez-oh-man is it dope.  “Canary Yellow” is the centerpiece of the record.  The first two-and-half minutes of the twelve minute track consists of an instrumental post-rock build, pulling you into the experience, only to slap you in the face with screaming vocals and pulverizing blast beats.  The riff in the third part of the song almost brings to mind the classic rock of the 70’s, complete with a squealing guitar solo that ushers in the only clean vocals on the track, an eery yet beautiful chorus of “On and on and on we choke on / on and on and on we choke on / an everlasting, handsome night / my lover’s blood rushes right through me.”  By the end of that song alone, you feel as if you come through a tremendous emotional journey that you can’t wait to go on again.