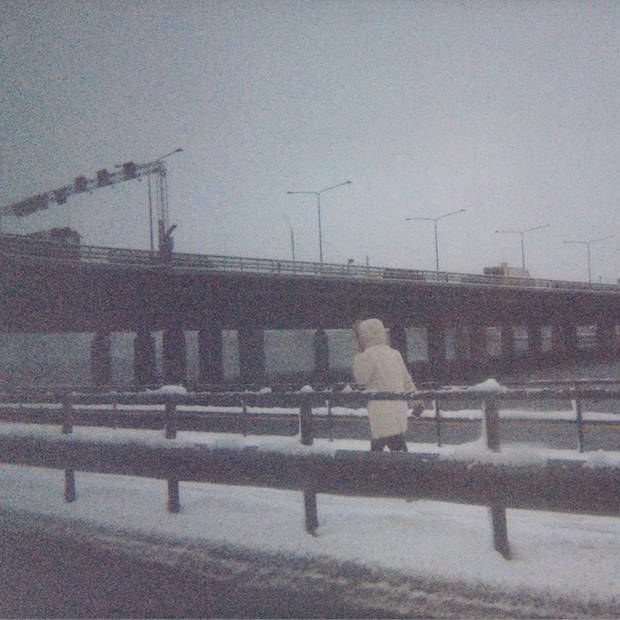 Initially rising to fame in the 1990s as the frontman of slow-core kings The Red House Painters, singer-songwriter Mark Kozelek is now mainly known for his work under the moniker Sun Kil Moon.  Named after a Korean boxer, Sun Kil Moon’s sound has evolved drastically over the last two decades.  The band’s first album Ghosts Of The Great Highway (2003) sounded like a somewhat more folk-driven version of The Red House Painters later work, even recorded with many of the same band members.  2010’s Admiral Fell Promises saw Kozelek shedding the full-band instrumentation of most of his previous work, favoring a nylon-string guitar and his voice.  Two years later Among The Leaves was released, which featured more of the nylon-string style, but incorporated a stream-of-consciousness style of lyricism that stood in stark contrast to Kozelek’s previous writing, which was often sparse and riddled in metaphor.

2014’s Benji garnered widespread critical acclaim for Sun Kil Moon.  For the most part, Benji stuck with the same style of his previous two releases, occasionally incorporating full band arrangements, and using the stream-of-consciousness lyric style to great effect.  Most of all, listeners were affected by the brutal honesty of the songs, many of which deal with the loss of loved ones, from the perspective of a veteran songwriter who is coming to terms with being in the second half of his life.

Since then, Kozelek has struggled to gain acclaim.  2015’s Universal Themes and 2017’s Common as Light and Love Are Red Valleys of Blood received middling to negative reviews, as Kozelek delved even farther into the avant-garde, with both albums including many songs spanning over 10 minutes in length.  Listeners complained that Kozelek was no longer writing with the focus seen in his earlier work, and was just elaborating on self-centered minutia.

2018’s This Is My Dinner is no different.  The album spans an hour-and-a-half over the course of ten tracks, mainly chronicling Kozelek’s time touring Europe in November of 2017.  The first track “This Is Not Possible” features a laid-back, old school jam beat over top of which Kozelek talk-sings, beginning with a story about trying (unsuccessfully) to get into a Frankfurt venue, and ending (nine minutes later) with Kozelek singing about the process of recording the song itself.  Comedically, nearly every stanza of the song ends with the band softly chanting, “Yes, this is possible!” or “This is not possible!” back to Kozelek in response to a question in the narrative, almost like the chorus in a Shakespeare spoof.  Example:

Koz: Is it possible that my favorite meal is chicken and waffles?

Band: This is not possible!

Koz: Is it possible that the United States President needs to be admitted into a mental hospital?

Band: Yes, this is possible!

Koz: Is it possible that I’m singing this song in Berlin in front of a thousand people tonight?

Band: This is not possible!

The second half of the album sees Kozelek revisiting his childhood and the music that he grew up with that influenced him to be a musician in the first place.  In the song “David Cassidy,” he announces his intention to cover “Come On Get Happy” by the Partridge Family several times before the song cuts abruptly, jumping right into a one-minute rendition of the classic track.  After, he plays a long rendition of AC/DC’s “Rock N’ Roll Singer,” and then wraps up the record with two now “standard” stream-of-consciousness tracks.

What makes this record great is not it’s unconventional form, or it’s humor or tear jerking moments, but the way in which Kozelek’s writing style opens you up and immerses you into his world.  While some might view his writing as boring, tedious, and at times preachy, it offers a wholly unique perspective as you enter the head of a man who sees everything, and I mean everything, as significant and worthy of being written about.

When most of us look back upon our lives, we think of the big moments.  Graduations, weddings, divorces, moves, deaths of those close to us.  While those things are certainly significant, we often fail to recognize that the majority of life is lived between these moments.  Most of our lives are lived rushing to work, going grocery shopping, staring at our phones, talking to friends, waiting for the next moment.  Kozelek’s music makes every moment feel huge and this is where his writing succeeds.  He recognizes the intricacies of our lives and pays attention to them, honoring the quiet, busy, monotonous, and annoying moments as sacred.

This Is My Dinner is easily the most light-hearted album Kozelek has released, maybe ever.  He sounds like he’s having fun on this release, moving from story to story, detail to detail, reveling in the glory of all of it.  Aside from diehard fans, most probably will not bother with this.  If you haven’t heard a Kozelek album before, go back and listen to Benji, maybe a few Red House Painters albums, and then when you have an afternoon alone, sit down and crack open a beer and throw this on, and you’ll be surprised at how often you want to listen again.