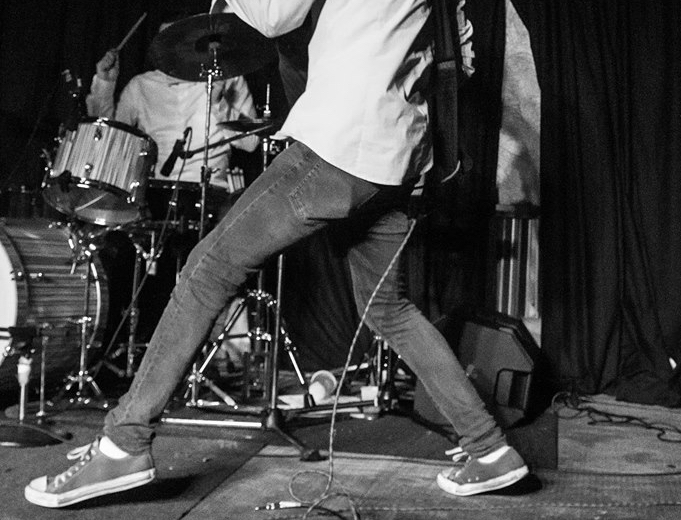 At the center of every great pop song, orchestral piece, or ambient synth-based horror movie score is a conscious or intuitive understanding of dynamics. Giving a song a beginning and an end, or the intentional lack thereof, is an important part of using music to tell a story.  “Dynamic” is often used to describe music that spends some of its time being quiet and some of its time being blisteringly loud, but I’d like to offer up (or rather repeat what I’ve learned from people smarter than me) the idea that there is much more to dynamic music than stomping on a distortion pedal and deafening an unsuspecting listener.

Movement can happen in a song through (deep breath) volume, melody, the choice of instrumental tone (or timbre), the types of instruments used, layers of instruments or voices, space, complexity, dissonance, harmony, chord changes, tightness, sloppiness, the choice of words, the intonation of speech, the rhyming pattern, the length of a given section, repetition, stopping short and a million other dimensions that can make a song feel like it’s progressing from beginning to end. Movement, in all these dimensions, becomes a tool to the songwriter or composer.

You may be wondering: “But Sean, you uninformed and uncultured slob, what about music that doesn’t change much over time? Ambient music, film scores, even simple hook-based pop music? Does a lack of dynamics make them bad?”. To which I would say, “read the first sentence ya nerd” followed shortly thereafter by a far more friendly “no, of course not”. A lack of dynamic change can be just as much a powerful choice as an abundance of dynamic change. Familiarity, comfort, mundanity, and a feeling of a continuity can all be expressed by maintaining a constant dynamic. A song that sets out to capture one particular moment or feeling wouldn’t be served well by an evolving sound that changes dramatically from beginning to end; a song’s movement should match the story it’s trying to convey.

Subverting this idea can also be a powerful tool. Presenting horrible events with a carefree disposition, jangly guitars, and dancy rhythms (e.g. much of “Bubblegum” by Kevin Devine) can communicate sarcasm or highlight the absurdity of our tendency to live life as if violent injustice is a perfectly alright status quo. Dramatic change between sections can convey the volatile nature of a person or event, such as Slow Mass’s use of major tonal and volume shifts to show the inner existential turmoil caused by pointless, “cyclical living”.

Next time you’re listening to a record (or writing one!), try and follow the dynamics of each section or each track. What story is it telling, how is it choosing to tell it, and how is it asking you to listen?